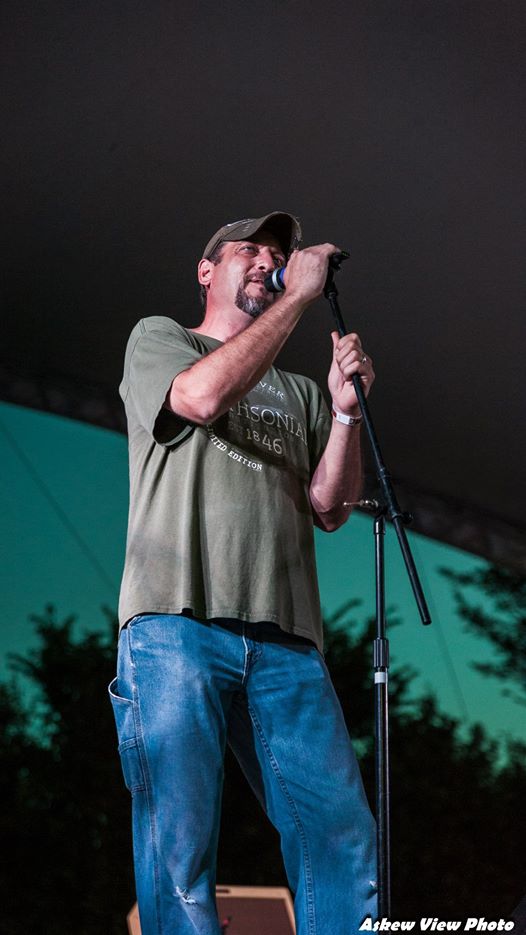 Yup, it's prima donna time. Obviously I am talking about the frontman of a rock show band and it's no different with T.W.R.B.. Sure he belts out glass shattering notes that drops Kings (and lucky ladies) to their knees. Sure he shimmies and shakes more in one toe than Elvis did in his whole career. However, did Elvis ever demand a concierge to be fired along with the death of his pet goldfish because he forgot to remove the carbonation from his carbonated water that he demanded that he needs carbonated water with all bubbles removed and drank exactly 26 minutes before going onstage otherwise the backside of his bicuspid may dry up causing him to sing flat? I think not. Or the time he refused to take one single groupie backstage unless he was given a vile of unicorn blood to tame his upper chapped lip? What about the time he shot out the tires to a food truck delivering food to the starving orphanage because he was pissed that even though all the commercials told him Diet Dr. Pepper tasted just like regular Dr. Pepper he still could tell the difference? Besides all that, the screaming women chanting his name, the mass amounts of synthetic drug use, wearing of women's underwear, goat foot fetish, and many many other stories we all love him. Honestly where else are you going to find a handsome ass frontman that packs the seats and floor like this stallion? Class dismissed.
Scott Williams 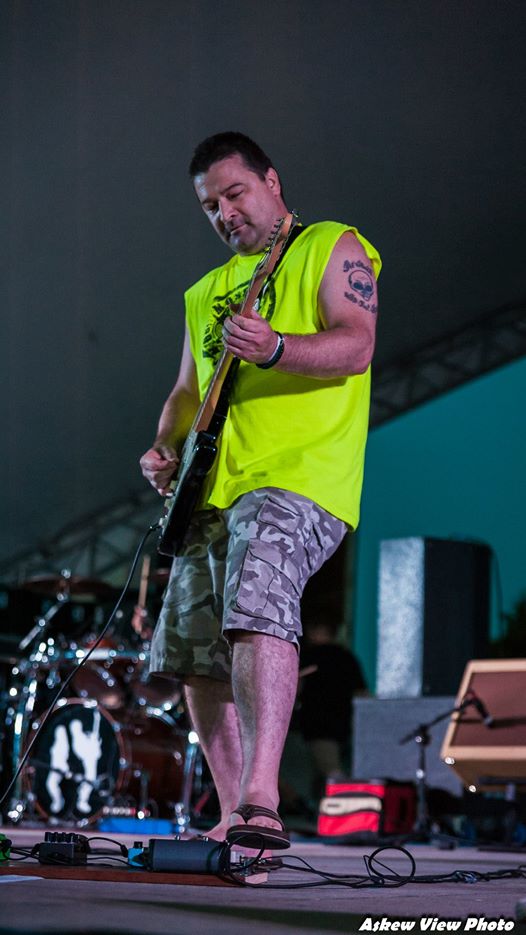 Many of you may know the tough exterior and orgasmic tones that Scott puts on stage but do you know the real Scott? Sure we all love to see him shred ...faster than any Linux machine. Power chords so demonic you swear the guitar will start on fire right there. There is another side to this interesting man that makes him who he is today. After a long day of drinking the town out of booze and slapping the shit out of the definition awesome what gives Scott that gift of rhythm? He loves nothing better than to draw all the shades in his house, slap on that 45 of smooth jazz. Put on a silky silky robe, pour a glass of wine dated 1969, light himself a fire in the fireplace, light a cigar and just lay down cuddling on a bear skin rug with his cat named Trust. He is in such a trance of relaxation energy from all the guitar gods above flood his soul with rhythm that would make a nun blush. Of course we can't give all our secrets or you punk snot nosed kids will think you can do it too, but you can't your not us.
Travis Oachs 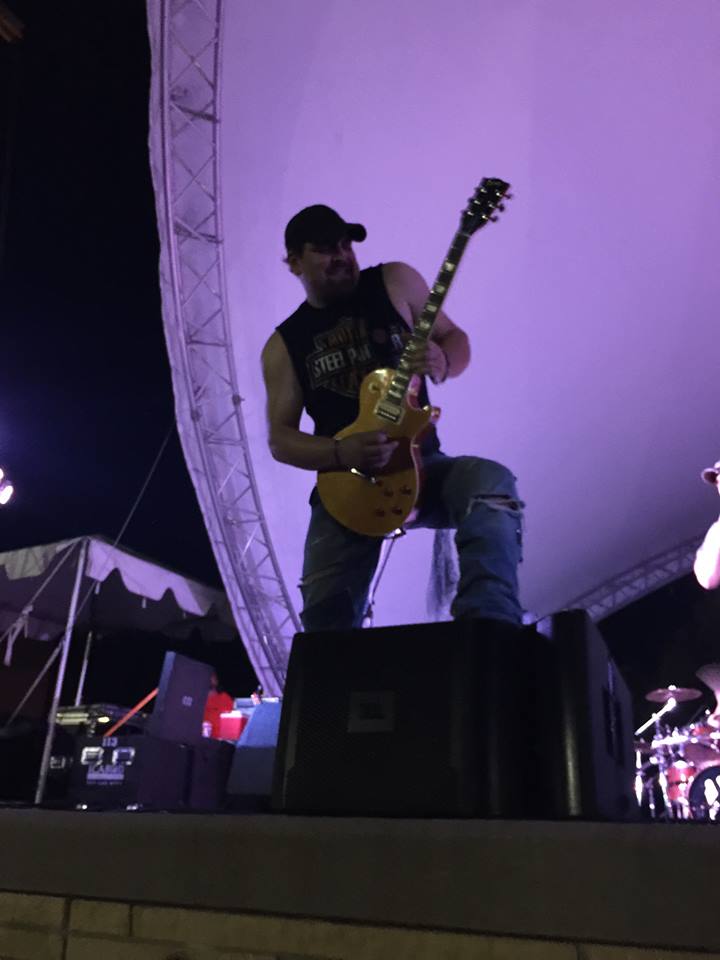 Travis was born in the hills near LeHillier Minnesota. Being raised by a pack of coyotes as a young child its no wonder he is so wild in the bedroom. One day his momma coyote was killed by a toothless redneck and Travis was left without a family. A few days later Travis' now parents were frolicking in the woods nearby and must have heard Travis either pushing down trees or wrestling a mountain lion. He looked lost to them so the Oachs family took him into their home. It did not take long for the Oachs' to realize how gifted Travis was especially with shredding the guitar. The day Travis made his own guitar with his bare hands and using his teeth as a chisel his Father knew he must build a structure to showcase his talents. This being the true beginning of how arena's were created. Travis later on met the rest of the band and he continues to release chest pumping orgasmic solos and riffs that even the smartest of scientists can not figure out how he does it.
Aaron Kurth 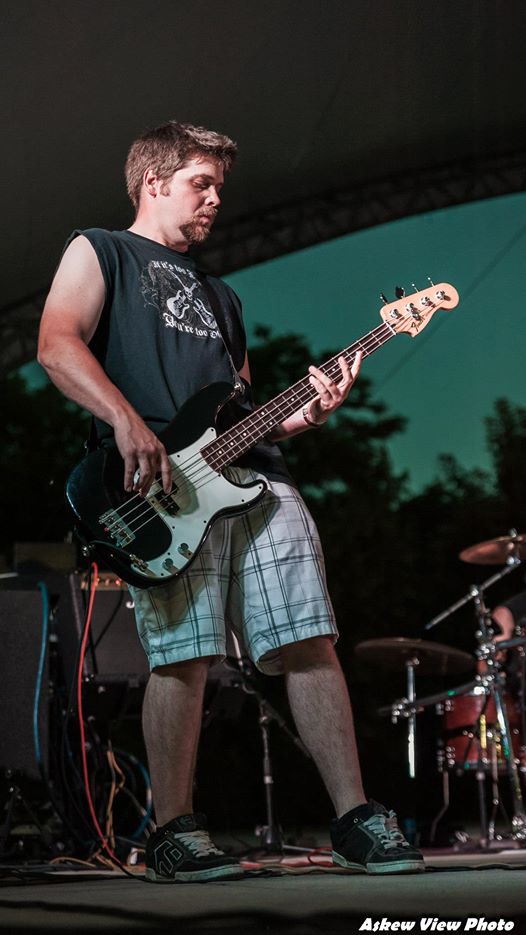 You feel that? You are gravitating towards the stage but why? Your getting all hot and bothered and can't figure it out. Don't worry darling, that's just the sexy deep tones of Lead bass player Aaron Kurth. Aaron started out life like so many of us at TWRB. He crushed tons of women since middle school, sold his body on the street for new band equipment and sometimes I think he did it just because he liked it. He also hit puberty at the very early age of 4 years old. His voice was so deep and erotic you would swear Barry White and Johnny Cash had a baby. Unfortunately one day in school he was caught slamming it home to a school teacher by another jealous teacher just down the hall. She kicked him in the nuts so hard out of envy that his voice raised to what it is now today. Aaron was so sad by losing his gift of that deep bass in his voice that got him so much booty he only knew of one thing to do. That was to pick up the bass guitar, find a rocking, face melting band and use the deep sultry tones of his bass guitar to continue attracting women from 6 counties away. That is exactly what he did and continues to do today with The Whiskey Richard Band.
Jake Grunzke 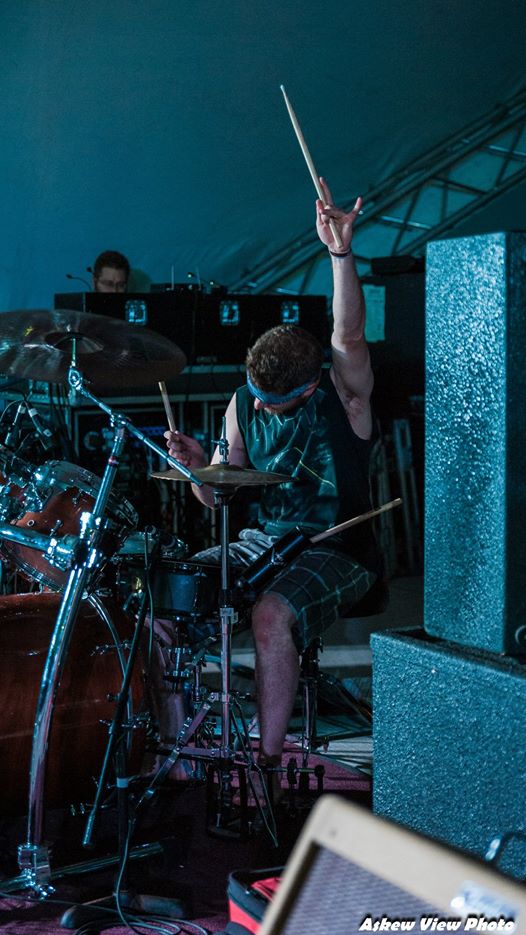 Shortly after our second gig the band hit a crossroads. We over estimated the amount of major babes that we were accompanied by after our shows. The four of us all had to face the facts and came to the conclusion of getting a fifth member that would help handle the extra amount of babes at the after party's. Aaron claimed to know of a guy but he was difficult to track down and we needed to see his skills first hand. One day a few of us was going to the grocery store pharmacy for a rash we all seemed to pick up and Aaron happened to spot Jake in the produce section. We approached Jake lightly for we know not what would happen. We introduced ourselves and mentioned if he wanted to roll with us he would have to show us in person just how good of a drummer he is as we only take the best.

Jake did not have a drum stick but still said "I can demonstrate now using my bare hands." In his cart was a salisbury steak next to the milk and Cheerios. He pulled out his meat, set it on the counter and just started beating it. I'd be lying to you if I said right there I was not impressed. The control he had beating that meat was remarkable. However word quickly got out that we were looking for a drummer and this guy an aisle down heard the commotion. He thought this was his chance to join Whiskey Richard. He quickly grabbed a beef patty and right next to Jake started whacking away at it. He was beating that meat so hard he was getting sweaty. Now a crowd is starting to form around watching this old fashioned beat off. One guy watching had a full load of groceries in his hands and out of shear amazement dropped his full load right there on the floor. This was epic, never before have we seen two guys beating their meat so hard for so long.

Then it happened: The second guy was starting to slow down you could just feel he was starting to slip and the crowd knew it. Jake kept total eye contact the entire time and when he saw his move he did the unthinkable. He grabbed that guys meat right from his hand and started beating that beef as well. There he was both hands smacking away on his and someone else's raw meat. Jake finished, the other guy gasped knowing his dream was over. I walked up to him and said "Jake, if you can beat meat like that with your bare hands I can't wait to see you with some wood."

The rest as you know it is history.